In 2008, I'd never heard of the country of Burundi. In 2009, I traveled there with a group of high school students and church members. We helped build mud-brick houses, volunteered at an orphanage, and ran a youth camp in the capital city of Bujumbura. Along the way, we learned more about the history and the people of the second poorest nation on earth. I feel privileged today to call some of those people my friends, and I am eager to let other people know about the great work that is happening there now as a result of some fantastic organizations those friends have poured their hearts into. Great Lakes Outreach, Youth for Christ, and Harvest for Christ are three organizations partnering together to meet the extreme physical and spiritual needs of a country ravaged by twelve years of civil war and abject poverty. A smile on the face of a Burundian citizen is inspiring, and I hope in the years to come, they will have more and more reasons to smile.

Great Lakes Outreach is a charity that works for the spiritual and physical development of the people of Burundi. It was founded in 2003 by Simon Guillebaud in response to the massive needs in the country. Simon recognized the potential for strategic cooperation with local organizations and has been spreading the gospel, ministering to needs, and helping build self-sustainability while he partners with other solid organizations to benefit the region. Simon is beloved by many in Burundi. When most of the missionaries in Burundi fled the country during the war, he stayed. He has continued to put his physical body on the line, deciding in 2012 to bike across the United States to raise funds and awareness in a campaign called Bike for Burundi. To find out more about Great Lakes Outreach, click here.

The idea for Burundi Youth for Christ was pioneered under the leadership of Freddy Tuyizere. Freddy was a teacher at a boarding school in Burundi during the war. When a grenade was thrown into the boys dormitory and some of his students were killed instantly, he prayed for the Lord to show him what to do. He left his teaching position and began a life of ministry. Youth for Christ's vision with Freddy's guidance is to raise up a generation of leaders of integrity. YFC achieves this through various means including quality education, medical clinics, farming ministry, orphanages, and prayer ministry. As Freddy would say, "Some can go. Many can give. But all can pray." To learn more about Youth for Christ, click here. 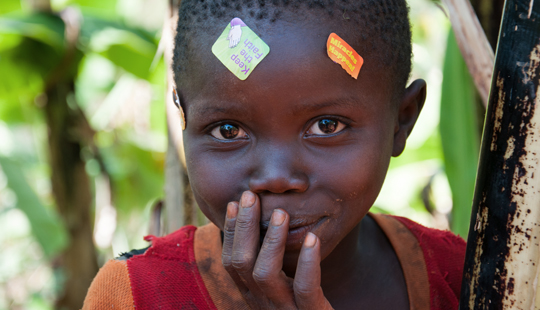 Onesphore Manirakiza's name means "God heals". Less than a week after he was born, war began in Burundi and his family had to flee on foot. He was ill and close to death, hence he was slowing his family down. A family meeting was held to discuss whether they would abandon him in the bush or keep him, possibly exposing the family. The decision was made in his favor. His family kept him, and he was healed. Onesphore continued to be delivered from danger throughout his life and eventually became a lawyer. When he left to start Harvest for Christ in 2001 many thought he was crazy (it's not every day that someone gives up the benefits of a law degree in Burundi), but he was focused. The vision of HFC is to see Burundi transformed by the impact of the church, thus making Burundi a light throughout Africa and the world. They strive to accomplish this through evangelism and mission, equipping the church, peace and reconcilliation, and discipleship training. To connect with Harvest for Christ, click here.